From a harbour for sailing boats to a multipurpose terminal

The overseas merchant William Henry O'Swald gave the historic quayage his name. He even became deputy mayor of the Hanse city for his contribution to the customs union in Hamburg in 1908.

Since it was opened, O'Swaldkai has been the place for innovative logistics processes for many generations. Here, where sacks and bales were moved by handcart in the old days, a universal terminal is being operated today. Every day vehicles, containers and break-bulk cargo wait to be loaded on this historic site.

Always up to date

Industrialization at the end of the 19th century triggered a continuous innovative process at the quayage around O'Swaldkai.

The port of Hamburg developed into the most modern and biggest contiguous warehouse complex worldwide, which it still is. As cars became increasingly popular, one of the new tasks at the quay was to ship automobiles.

From 1952 onwards, fork-lift trucks gradually replaced the two-wheeled barrows used by the dockers to transport break-bulk cargo by hand.

Pioneers then and now 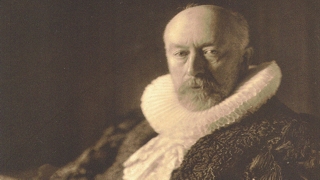 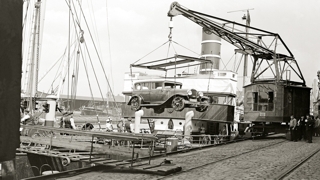 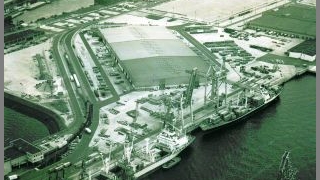